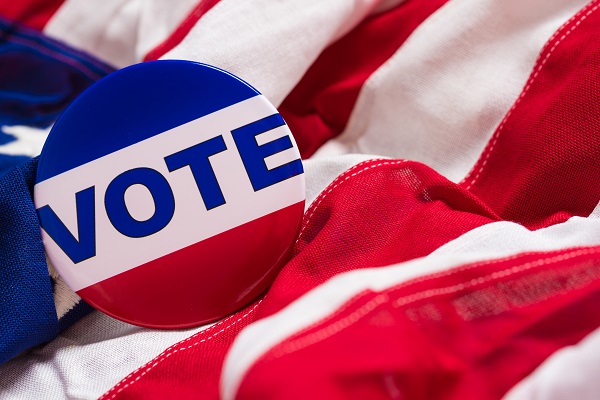 Every election season, we hear a seemingly endless list of policy proposals from our political candidates. Campaign ads flood our airwaves and crowd our TV screens, often featuring promises from politicians on subjects like job creation, improving health care and maintaining a strong national defense – or a number of the other greatest hits.

Unfortunately,  we don’t typically hear politicians spend as much time explaining their energy and environment policy stances compared to the other issues that impact our lives and our future. Why? It may be that campaign rallies and political ads are more often light on these issues because less than 10% of voters rank climate change as their top priority and only 45% of Americans believe climate change poses a serious threat in their lifetime.

How to get more informed

So, what if that’s not you? If energy and the environment policy ranks as a major concern in your home, you’ll want to have as much information as possible about each candidate’s stance before you go to the polls next week.

Luckily, the organization Vote Climate US PAC has created a voter’s guide to better understand each House and Senate candidate’s voting record and their current views on reducing the impact of climate change. We recommend checking it out in addition to seeking other information sources to learn more about policy specifics.

Energy and environmental concern can be a partisan issue

More registered Republicans (72%) said they weren’t concerned climate change would be a serious threat in their lifetime than registered Democrats (33%).

So as you might expect, Democrat politicians generally rank higher on the Vote Climate US PAC list when it comes to taking stronger stances on environmental protection and lessening the impact of climate change than their Republicans opponents. But there a number of candidates that buck the trend. For example,  Mitt Romney, former Republican candidate for President, scored a perfect overall score of 100. As did Carlos Curbelo, the Republican Representative from Florida whose district includes the Florida Keys and the Everglades. Curbelo’s district is one of the most vulnerable districts in the United States when it comes to the devastation that can arise from increasing global temperatures, so it may be less of a surprise that he is on the forefront of Republican leadership when it comes to fighting climate change.

Regardless of your stance on climate change or your party affiliation, it’s important as an American citizen to be an informed voter, and the Vote Climate US PAC has created an easy to use tool that helps you become more informed about your choices for this year’s election. Enjoy checking it out here.  As for your every day environmental impact, if you’d like to start reducing your carbon footprint, you can check out our easy-to-use energy efficiency tools here.

2 Responses to Energy and Environment Policy – Why Don’t We Know Where Our Candidates Stand?

How to Analyze Your Usage Data and Lower Your Electricity Bill
Ted Cruz vs. Beto O’Rourke – Where do the two Texas senate candidates stand on energy and environmental policy?