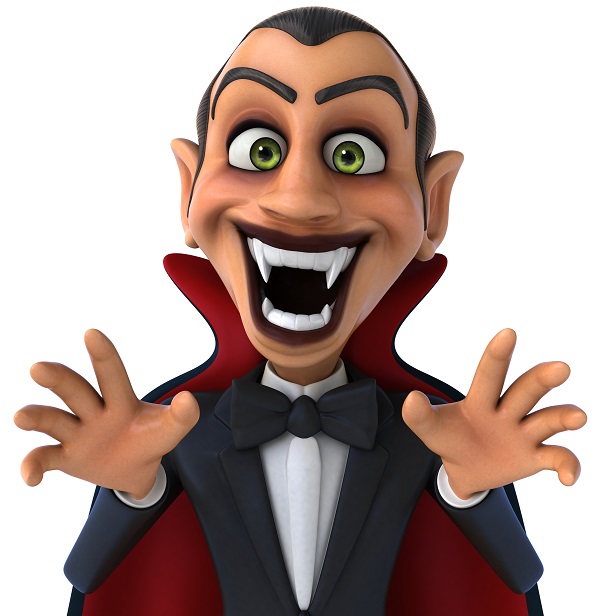 Vampire energy can be a scary thing when it comes to your energy bill. What is it? It’s the power consumed by your appliances when they are turned off.  This wasted power makes up approximately 10 percent of the average power consumed by homes in the United States. That means almost $200 is spent powering devices that don’t need power.  That can wage real horror on your electricity bill.

According to the Lawrence Berkeley National Laboratory, vampire energy, also known as standby power, is consumed by power supplies that convert AC into DC current, sensors that need to receive a remote signal, and anything with a LED status light.  As we continue to use more devices with external power sources and remote sensors, the amount of vampire energy is consumed is growing rapidly. Below is a list of the worst vampire energy offenders:

DVRS consume 37 watts when they are turned off.  But be careful, because if you unplug your DVR, it likely won’t record any television programs.

Digital Cable Boxes consume 18 watts when they are off.

Satellite Boxes consume 16 watts when they are off.  Notice a trend here?

Televisions can consume as much as 12 watts when they are turned off, but most newer TVs use much less.  Look for ENERGY STAR-certified TVs, as they will use less than 0.5 Watts in standby mode.

Desktop computers consume 21 Watts in Sleep Mode and 3 Watts when turned off.

Desktop computer monitors can consume as much as 12 Watts in Sleep Mode and 1 Watt when turned off.

Printers consume almost 2 Watts while off, regardless of whether it is Inkjet or Laser.

Scanners consume almost 3 Watts while off.

Laptop Chargers consume 1 Watt when plugged in and not in use.

Phone Chargers consume about 0.5 Watts when plugged in and not in use.

The best way to eliminate standby power is to unplug your appliances when you are not using them, but we know that’s not often feasible.  The second best option is to get a smart outlet or power strip. These strips automatically cut power to your appliances, saving you hundreds of dollars a year and the time it takes to unplug devices.

If you are interested in knowing exactly how much energy your appliances are consuming when turned off or not in use, consider purchasing a Kill-A-Watt or other energy measuring devices.  You could also turn off every appliance in your home for an hour, and then check your usage data in this app to see how much energy your house consumed during that hour even though nothing was turned on.

How to Better Control the Amount of Electricity Your Appliances Use

Are You Using An Energy Efficient Computer?

4 Vampire Appliances That Will Suck Electricity Out of Your Kitchen

3 Responses to How Much ‘Vampire Energy’ is Being Sucked Out of Your Home?

Determining the Payback Period for a Typical, More Expensive Tankless Water Heater
How a Cold Wash Cycle Can Earn You Cool Savings