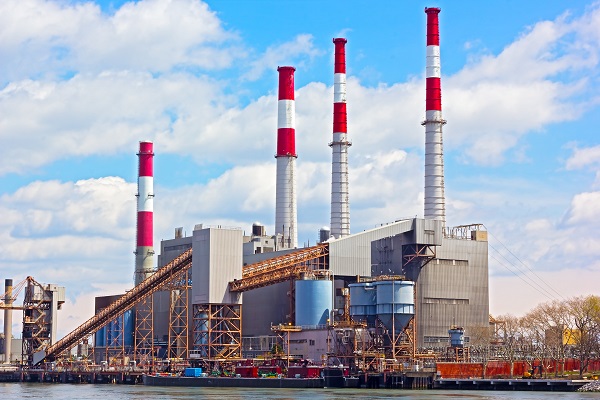 Electricity powers almost everything we use and it is also a big chunk of our monthly budget. But few of us really understand  the basics of how electricity gets from the power plant to our microwaves, computers, and smartphones. By understanding where your electricity comes from you can be a smarter energy consumer, which can help you save money in the long run.

Where is electricity made?

Most of the electricity consumed in the United States is generated in central power plants.  In these power plants, a fuel (coal or natural gas) is burned in a giant furnace. The heat from the furnace is used to boil huge pipes full of water, which generates steam.  The high-pressure steam flows through the pipes and around a turbine (imagine something that looks like a windmill), causing the blades of the turbine to spin rapidly. The turbine has an axle like what your car uses to rotate its wheels.  The axle is connected to a generator so that the generator spins as the turbine does.

How is electricity generated?

You may be surprised to know that the way most electricity is generated today actually comes from a discovery made in 1831 by Michael Faraday.  If you are a fan of science fiction, you have likely heard a reference to Faraday or his many inventions. Faraday discovered that when a magnet is moved inside of a coil of wire, an electric current flows in the wire.  When we say the turbine causes the generator to spin, it’s actually the electromagnetic shaft that is spinning inside a series of insulated coils of wire. As the electromagnetic core spins, it creates an electrical current inside the coils, which are connected to cables that transfer the current to a nearby transformer.

Unfortunately, this process is highly inefficient.  Only about 33 percent of total energy available in the fuel sources actually becomes electricity that is transferred to the transformer.  Most of the energy is lost in the form of heat inside the power plant. According to the Department of Energy, steam turbines are used to generate about 65 percent of the total energy consumed in the US.  That is a lot of electricity generated by a process that is almost 200 years old. It’s also a lot of energy wasted.

Are there better electricity alternatives?

Using efficiency as the only metric, there are better ways to generate electricity than traditional steam turbines power by coal and natural gas.  Water turbines – which spin as water flows over them – have the highest power conversion efficiency: 85 percent. Wind turbines have a power conversion efficiency of between 35 and 50 percent.  Currently, the best solar panels are only 22 percent efficient. However, this has been improving and will continue to improve in the future.

While these methods are more efficient (except for solar) and significantly better for the environment than traditional coal and gas-powered generators, the intermittency of the fuel required for these alternative solutions causes it to be a less viable option. Unfortunately, we don’t live in a world that can wait for the wind to start blowing or the sun to start shining to run their appliances.  Luckily, batteries are beginning to solve this problem and will unlock the enormous benefits of renewable fuel sources.

How to Better Control the Amount of Electricity Your Appliances Use

Summer Grilling Tips: How to Save the Most Money and Be Good to the Environment