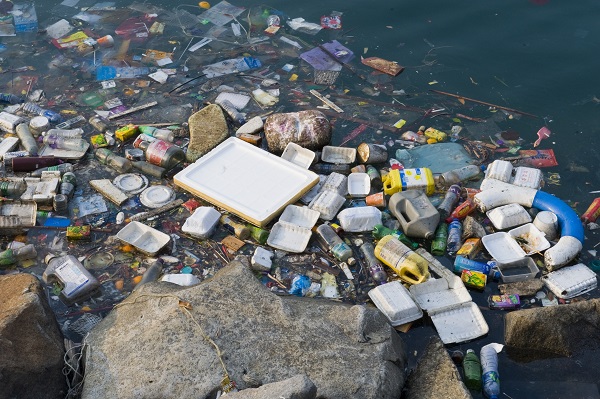 Plastics are everywhere.  It’s in your refrigerator, your grocery store, and your car.  It’s also in your lakes, your oceans, and your food. Plastics have become one of the world’s largest pollutants, and their impact is having devastating effects on the planet and its inhabitants.  While plastics have been around for just over 100 years, it’s impact will last for thousands.

The Ellen MacArthur Foundation states that  by 2050, there will be more plastic in the ocean than fish when measured by weight.  Currently, there are five huge masses of plastic that have accumulated in the world’s oceans.  The mass between California and Hawaii is the size of Texas. These plastics entangle fish and marine life, causing them to choke or drown.  According to Earthday.org, 63 percent of the stomach contents of sea turtles is plastics, while just 37 percent is food. The toxins from the plastics enter the water and poison the fish.  This should be alarming to anyone that eats fish, because those same toxins will be passed on to whatever consumes those fish.

Plastic pollution is a real hazard to public health.  Reproductive problems, impaired brain and neurological functions, cancer, cardiovascular system damage, and diabetes have all been linked to higher levels of the chemicals commonly found in plastics.  These chemicals from plastics can enter your system because they were in the animals that you consumed (as stated above), because they seeped into the waters surrounding landfills, or because they were absorbed by your food while in plastic packaging.  According to Earthday.org, 84 percent of plastic samples had at least one chemical pollutant in them.

Plastics are also not biodegradable, which is why it accumulates so quickly in landfills and the ocean.  But this also means they will accumulate in your body. Plastics can breakdown into small pieces, known as microplastics.  When you drink water, eat fish, or even add salt to your food, you are likely consuming microplastics. Once absorbed into your bloodstream, the chemicals in microplastics will never be processed out.

So the next time you think about buying a plastic bottle of water or heating up a microwavable meal in plastic container, think about the impact of plastics.  Not just the environmental impacts of pollution, but the impact to your own health. Even if you are particularly concerned about the health of sea turtles, you are definitely concerned about the health and wellbeing of your family.  Reducing plastic consumption will not only make the world less polluted but will make you and your family healthier.

Congress is Too Old to Care About Climate Change

How to Shop Smarter for Clothes to Save Money and Help the Environment
Composting: How to Find Hundreds of Dollars Every Year in Your Trash