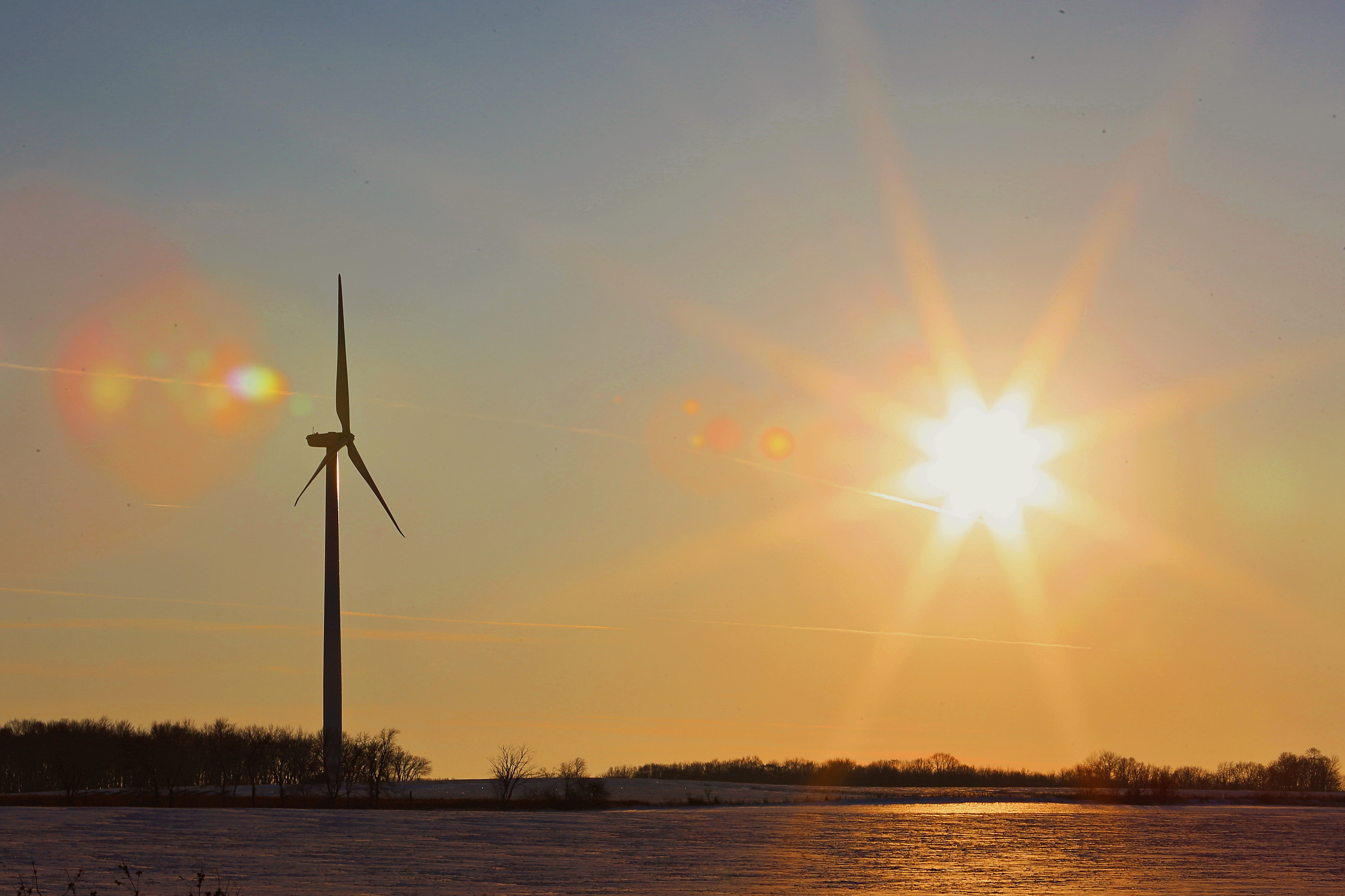 When new customers sign up for Hero Power and learn that their money is supporting renewable energy efforts, we often hear the same question: where is that clean energy actually being generated? The answer is simple. Since launching, Hero Power has only purchased Green-e® Certified Renewable Energy Certificates (RECs) from Osage Municipal Utilities Wind in Osage, Iowa. But the true story behind this utility that Hero Power customers support is so much more than just a name. In its decades of operations, this small city utility has generated one of the most inspiring tales in energy innovation.

Established as an electric utility in 1941, Osage Municipal Utilities (OMU) was forever changed upon the arrival of Weston “Wes” Birdsall, who managed OMU from 1972 to 1992. Birdsall, who had previously served in the Army during WWII, immediately took action to help the local community. And his “Demand-Side Management Program,” aimed at energy efficiency, worked almost as quickly. Under his leadership, OMU incentivized its customers with rebates, giveaways, and energy audits to be smarter about their energy usage. Local residents took advantage.  According to the Mitchell County Press-News, the city reduced its natural gas usage by 45 percent and slashed its annual growth in electricity demand in half during the 1970s alone. While the OPEC oil embargo created global energy uncertainty and gas shortages in the United States, the community of Osage banded together to save the city money. As oil prices spiked around the world, local energy rates in Osage actually fell.

The residents did their part to help power the change. New insulated roofs were installed to trap heat during frigid Northern Iowa winters. Old appliances were swapped out with more efficient models. Meanwhile, a community-lead effort was underway to promote better energy education. This included Birdsall going door-to-door to personally make recommendations to homeowners and taking flights so he could capture aerial infrared photographs and spot sites that were suffering significant heat loss.Together, Birdsall, OMU, and the Osage community found a litany of simple fixes around the city that soon added up to millions of dollars in savings.

Soon, this little city was making national news. Birdsall fielded calls from some of the country’s largest publications and media outlets. The Wall Street Journal, Time Magazine and USA Today all printed feature articles explaining the phenomenon Birdsall had created. “Good Morning America” also touted the Osage success story. But it wasn’t just the press that was watching what was happening in Osage. In 1980, President Jimmy Carter awarded Birdsall the prestigious Presidential Award. Others soon followed. In 1989, Birdsall was recognized by the National Energy Resources Organization in 1989, and in 1990, he received the James D. Donovan Individual Achievement Award from the American Public Power Association.

Dubbed “Mr. Conservation” and later “Osage’s Energy Wizard,” Birdsall had shown the rest of the country what a small but dedicated group could do to create a better future. In Time Magazine’s “Planet of the Year” issue in January 1989, which explored rising temperatures and greenhouse gas emissions that threatened an “endangered earth,” it was this local community that stood out as one of the global beacons of hope. “Osage’s model conservation program saved the town an estimated $1.2 million in energy costs in 1988 and made a modest but worthwhile contribution toward slowing down global warming,” Time Magazine reported.

After Birdsall retired from OMU in 1992, he kept teaching, serving as an instructor for classes on energy conservation at the University of Northern Iowa and traveling around the world to retell the story of what he was able to accomplish in Osage. In 2006, OMU renamed its building the Weston D. Birdsall Municipal Building in his honor. According to the Waterloo-Cedar Falls Courier, during the building’s dedication, Osage Mayor Steve Cooper said about Birdsall, “he brought national attention to this community and left a legacy that is still being discussed to this day.” 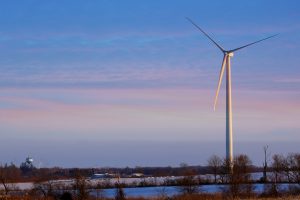 Birdsall passed away at age 93 in 2014. In his memory, it was requested that donations be made to Project Share, which provides OMU customers facing financial hardship relief on their energy bills, and Green City, a program Birdsall helped create to push OMU’s efforts to invest in new renewable energy development.

And that renewable energy development and focus  on energy efficiency has continued. In 2009, OMU commissioned the build of its first-ever wind turbine, which Hero Power customers now help support. The story of Osage and Birdsall’s legacy is just one of the many reasons we are so proud to partner with OMU and do our part to fight for more energy innovation.