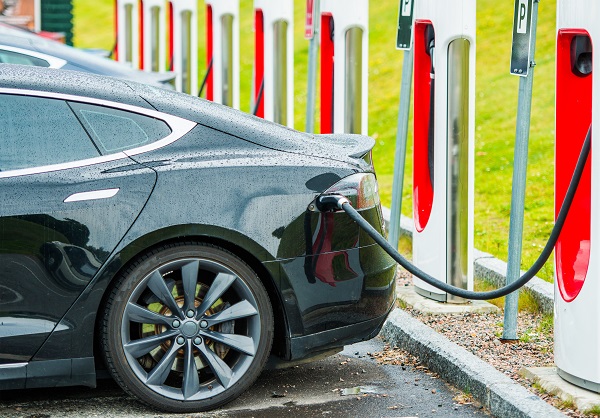 It’s safe to say that the most talked about car company in the last five years has been the Tesla Motor Company, with its super-fast, super-luxurious, and all-electric Model S.  But you might be surprised to learn than electric vehicles have been around for more than 100 years. So why have you just started hearing about electric cars in the last few decades and what’s the big deal about Elon Musk’s visionary car company?  To understand how the world currently works, you must first understand the history that brought us here.

With the newly invented battery and electric motor, several innovators in the 1800s claimed responsibility for developing the electric car. But it was William Morrison, a chemist from Iowa, that developed the first electric vehicle in the United States in 1890.  His car could carry six passengers and went a whopping 14 miles per hour.

By 1900, electric vehicles were being mass produced and accounted for about one-third of all vehicles on the road.  By contrast, just three percent of new car sales are electric today. Electric vehicles were popular because they weren’t as noisy, hard to maintain, difficult to drive, or stinky as their gasoline-powered counterparts – all reasons they’re popular today.  However in 1912, Henry Ford released the Model T, which was one-third of the price of the average electric vehicle. Along with a lower price, the Model T allowed Americans the ability to travel long distances and explore the newly formed roads – something electric vehicles couldn’t due to the lack of electrical infrastructure outside of major cities.  The Model T’s popularity smothered the burgeoning electric car industry and propelled gasoline-powered vehicles into the leading mode of transportation for the next 100 years.

For decades, gasoline was cheap and abundant and few worried about its environmental impact. But this all changed in the 1970s.  As prices increased and shortages caused worldwide panic, the United States Congress passed the Electric and Hybrid Vehicle Research, Development, and Demonstration Act of 1976, which allowed the Department of Energy to invest in and research electric vehicles.  Spurred by government support, the major US automakers began to build electric vehicles. However, their models could only go 45 miles per hour and had a maximum distance of 40 miles. Limited by the battery technology of the day, electric cars did not catch on but research in new technologies continued.

By the 1990s, the environmental impact from gasoline powered vehicles was taking its toll on densely populated cities across the world and especially in America’s biggest cities.  In 1990, Congress passed the Clean Air Act Amendment and in 1992, they passed the Energy Policy Act – each designed to reduce emissions from gasoline powered vehicles. The battery technology had improved since the 1970s, but not to the point where it was truly viable.  While speeds and performance could rival gasoline-powered cars, the higher price and shorter range limited demand.

In 2000, Toyota released the Prius and it became an overnight success thanks to high gas prices, environmental concerns over gas-powered cars, and even widespread celebrity adoption.  The Prius was the first mass-produced hybrid vehicle, and there was a newfound interest in electric vehicles again. Steadily increasing gas prices and decades of war over gasoline created more demand for independence from oil and this demand created a new market for electric vehicles, and in turn, electric vehicle companies.

In 2006, a small startup in California – not Detroit – began producing a fully electric vehicle that was incredibly fast, had a range of 200 miles, and looked like a futuristic sports car.  Soon, Tesla Motors would become the hottest car manufacturer in the United States, and every major car manufacturer would follow their lead by creating hybrid and fully electric cars. In July 2017, Volvo announced that all of its vehicles would be fully electric by 2019.  We’re still early in the latest era of electric vehicles, but it wouldn’t be a surprise if after 100 years of gasoline-powered cars, all automakers don’t make the switch to a fully electrified fleet.

One Response to Why Didn’t We Have Electric Cars Sooner? A Brief History of the Vehicle

Understanding the Electricity Grid: What You Need to Know
A Proper Duct Leakage Test Procedure can Drastically Lower Your Electricity Bill