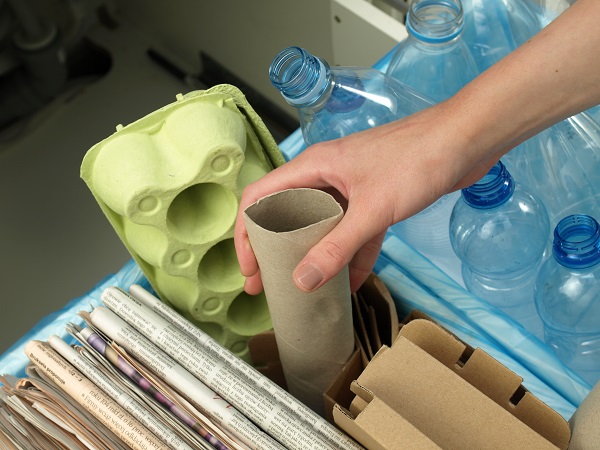 The average American throws away more than four pounds of trash each day.  In total, Americans produce about 254 million tons of trash each year. All of that trash is moved into landfills, which are ugly, stinky sites that no one wants close to their community.  We have all been taught since elementary school that we should recycle, but we are not only not doing it enough, we also aren’t doing it right.

A study in 2015 found that only 34.3 percent of Americans recycle.  While this number is significantly higher than it used to be, we are way behind most developed countries.  For example, 62 percent of Germans recycle and 63 percent of Austrians recycle. So the first big step to reducing the amount of garbage we produce is to just get more people to recycle.  And the easiest way to get someone to recycle is peer pressure. Ask your friends and family why they don’t recycle and tell them that you do it and they should too.

Hotels use this logic.  Have you ever noticed the signs in a hotel room that say that others in the hotel are reusing their towels instead of putting them on the floor to be washed and swapped with new ones each day?  A study found that when hotels put signs telling guests that other guests are reusing their towels, they get 33 percent more customers to recycle their towels than when they just put up signs promoting the environmental benefits of recycling.  If people believe that others are recycling, then they are motivated to follow the herd.

Another important step to improve recycling efforts is to recycle smarter.  There are simply right and wrong ways to recycle. We have put together some great tips on how you improve your recycling abilities:

Composting: How to Find Hundreds of Dollars Every Year in Your Trash

The Hazardous Effects of Plastics are Far Worse Than You Think